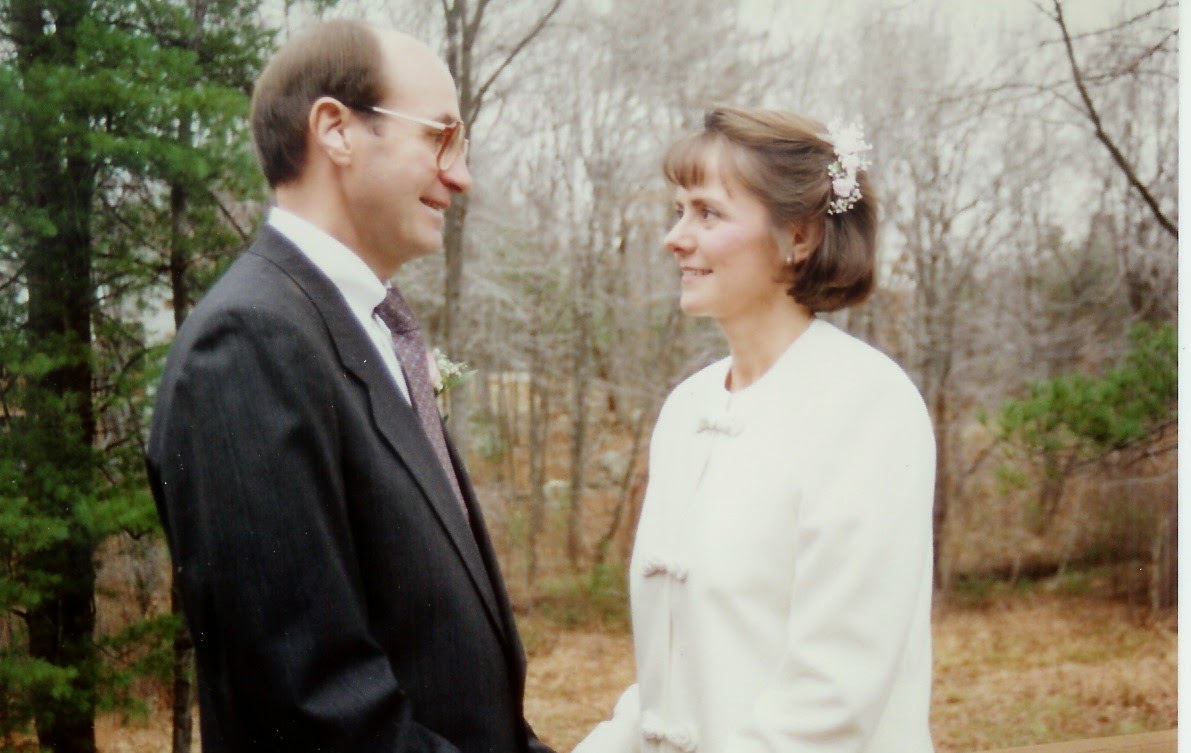 WHY “MARRIED” PRIESTS?
“Learn the rules like a pro, so you can break them like an artist.”
Pablo Picasso

The idea of married priests had become second nature to me by the end of 1994 when Mike Wallace of 60 Minutes asked me the question “Why ‘Married’ Priests?” It actually was a fair question, except no one had posed it before and I was almost at a loss for words. In fact, I probably said something dumb like “Why not?”

It’s true that my original intention, where I thought the Holy Spirit was leading me, was optional celibacy–let priests marry. So why would I be concentrating on just “married” priests? Well, for several reasons, based upon the discoveries I made:

1. Priests still in the system were satisfied with their arrangement, some less honorable than others. Only a few were really truly celibate/chaste, 2% according to researcher Richard Sipe (A Secret World: Sexuality and the Search for Celibacy, 1990).

3. Married priests had an enormous following: Catholics turned away by the Church. The unchurched were the ones calling Rent A Priest, and they represented almost 75% of the total baptized Catholic population.

4. That’s where the Holy Spirit sent me.

Canonical priests
In the summer of 1992, I connected with two celibate priests still in the system. The first was Fr. Jim Gower, a 75-year-old retired priest in Maine. I had read in a newspaper interview that he would spend the rest of his days fighting for optional celibacy in the church. The other priest was Fr. Paul Tedesco, a middle-aged priest stationed in West Virginia, who had written articles in National Catholic Reporter advocating optional celibacy.

I helped them put together a plan for what I thought would be real action regarding a married priesthood (i.e., giving the Pope an ultimatum). A national gathering was scheduled for the following year, where as many priests as they could find would gather. Fr. Jim donated $2,000 to fund the start of “Priests and People for Optional Celibacy.” CITI assisted with an invitation mailing to several hundred priests, those on our newly formed list along with the attendees at the spring 1993 National Federation of Priests Council meeting in Chicago, at which I attended. I had been invited to do a workshop with Fr. Jim and Frank Bonnike, co-founder of CORPUS, the second married priest organization to form many years before. Unfortunately, only a handful of priests attended the first (maybe only) meeting, and the eventual outcome was a newsletter that went nowhere.

It was a major disappointment to me, but it made me realize that this was not the Holy Spirit’s intent for my Call–I apparently was going after the wrong group. At the time I thought priests were priests. I didn’t even know ot the many factions within the subculture: diocesan or religious order, married or celibate, straight or gay, politicians or spiritually devout, honest or dishonest, especially the many who had psychological difficulties that played themselves out in many forms.

Married Priests
I had read in my early research in 1992 that 25,000 U.S. priests had left to marry (100,000 throughout the world). Quantitative research had been conducted in the 1980s, sponsored by the American bishops and utilizing diocesan archives. The result was that one out of ten priests who left was doing so to get married and they were leaving in the U.S. at an average of 1,200 per year (Schoenherr and Young, Full Pews and Empty Altars, 1993).

Interestingly, priests who married were the ones who responded to the advertising and publicity that had been generated through CITI.

I also discovered that, contrary to hierarchical rumors, married priests were still valid according to Canon Law and could minister sacramentally whenever asked. In fact, they cannot refuse (Canon 843). The general public and most married priests themselves didn’t know this, except Rev. Delmar Smolinski, the Canon Lawyer who spent 20 years researching The Code of Canon Law for his own continued ministry as a married priest.

When a priest leaves his clerical office (parish, etc), the only thing he loses is the legal right to perform civil marriages. CITI was able to obtain the legal systems required by forming a religious society and aligning it with the International Council of Community Churches, member of the World Council of Churches.

The Sacraments took care of themselves through The Code of Canon Law, as previously discussed. CITI would tell married priests, “Tell someone new every day that you are a priest and let the Holy Spirit take care of the rest.” The message was most contrary to what they were told when leaving, which was to tell no one that they were a priest.

The Public
While CITI’s concentration had been on priestless parishes, to no avail, the massive public response to Rent A Priest came from unchurched Catholics, the largest percentage of baptized Catholics in the church. “Unchurched” Catholics would be anyone ignored by the church like the divorced/remarried, interfaith marriages, baptisms that pastors refused because the “parents either didn’t attend Sunday Mass regularly and didn’t leave enough money in the collection plate” (as one Michigan grandmother was told). There were also many Catholics who wanted Catholic spirituality without the rules and regulations like birth control and other issues.

A 1992 study conducted by Georgetown University concluded that 73.3% of American Catholics had stopped attending Sunday Mass. (Imagine the percentages today in the after effect of the clergy sexual abuse crisis with which we are still dealing.)

Married Priests, unchurched Catholics and other spiritually hungry folks responded to Rent A Priest. CITI simply promoted the Canon Laws that validated them and provided a list where priests could be located. People would then call the respective priest and make the ministerial request.

The Mystical Side
So, while married priests were not my original focus, that was obviously where the Holy Spirit was headed, because I have no other explanation than the mystical side. I mentioned in the first chapter, the reading from Isaiah 42 in January 1992, wherein I was told, “…you are my chosen one…” I didn’t realize then and for the next few years when I heard the message that the group was to be very specific. There was also the added call, “Vite, Vite, Vite! [hurry, hurry, hurry] Too much damage has been done.” We didn’t realize then, the amount of damage.

Also in my early research, I discovered that since 1980, the church had been ordaining into the Catholic priesthood, married Protestant ministers. Some of these would be placed in the same rectories where priests had been thrown out when they decided to marry. What an insult to our cradle Catholic priests. This was especially disturbing after I became aware of the Canon Law research that validated them as priests as well as their Sacraments. The fact that special laws were written to accommodate their ministry indicates to me that the church fathers knew that the law of mandatory celibacy they created in 1139 was wrong…and also not working. Lack of intimacy and clergy sexual abuse did not happen yesterday. They were covering their butts!

I became really upset when I asked to meet with an Archbishop in late 1992. I asked him how the church could justify converting and ordaining married Protestant ministers into the Roman Catholic priesthood when they were removing priests who had the integrity to marry. His response, “When a priest is wondering what to do with his future as a priest, there’s a lot of love and understanding on the part of the church. But, once he walks out that door, resentment sets in.” I thought, “Resentment? And these hierarchical people are Jesus’ representatives on earth?”

Justice for the oppressed–all the more reason to find married priests and put them back into ministry! Now, to get more people to feel this way.

As a result of their renewed 20-year ministry to those who are seeking a new spirituality, married priests today have had their own Catholicism and Catholic spirituality challenged and broadened:
Their faith is stronger than ever as a result of the varying spiritual needs they have encountered.
They have helped heal Catholics turned away for whatever reason, from abortion to same sex to clergy sexual abuse.
They have learned new ways to conduct rituals, even our traditional Mass, in order to accommodate all in attendance whether or not they are Catholic, or even Christian.
They have had the same struggles we have had and understand better how to help us cope with difficulties.

The greatest benefit to the people is what married priests know and what they can teach everyone about staying married. The divorce rate in this country (USA) and elsewhere is over 50%. That means that only about half the couples who marry stay married. Ninety-three percent (93.3%) of priests who marry stay married, according to a previously unpublished 2000 study. Here are the results:

The average number of years a priest remains in clerical ministry prior to marriage is 12.8 years.
Source: The State of Matrimony: Comparing National Statistics with Married Catholic Priests, (unpublished) Louise Haggett, Center for the Study of Religious Issues 2004 (CSRI99@aol.com).

So many married priests have told me that they have no idea how they even dared, as celibate priests, counsel couples whose marriage might have been in jeopardy. Today, they make good marriage counselors and would be perfect to run couples’ retreats.

Married priests are my church, my rabbis, my teachers, my gurus, my spiritual leaders. I have hopefully taught them not to refuse anyone and to let the Holy Spirit guide their ministry, the way I have been guided. I believe that the Catholic institution owes them an apology and that the only acceptable atonement is to issue an invitation to return. It’s time to make things right. Ordaining married men, while a noble gesture, is a wussy way to admit the mistakes created in the middle ages. The Holy Spirit has no room for resentment and the people are waiting.

So, if Mike Wallace were to ask me again today, “Why Married Priests?”, I wouldn’t just presume that the public knows what I tried to publicize. I would say, “They are still priests, their ministry is valid when requested by the people, and they married when they struggled with mandatory celibacy. They are the priests with integrity and the ones the Holy Spirit sent to CITI’s door.”

Practice becomes custom and custom becomes law in the church. That’s an old saying in the church. CITI ‘s “practice” is now almost 25 years old. It took 20 years for the Jesuit charism to be “practiced” before it became accepted as a new religious society in the Catholic Church. Same for Carmelites, Franciscans, Dominicans and other religious orders. The Society of Christ’s Priesthood, the religious umbrella adopted by CITI and to which affiliated priests belong, is now knocking at the Palace’s door. Will those at the Vatican who are inspired by the Holy Spirit be brave enough to invite them in?

A few wedding photos of some of the married priests who have affiliated with CITI over the years, and more to come: 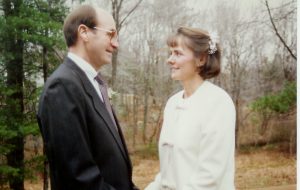 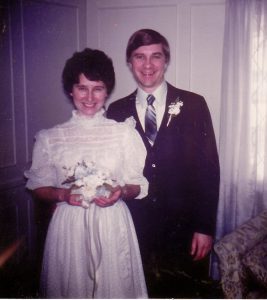 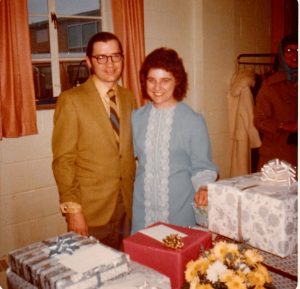 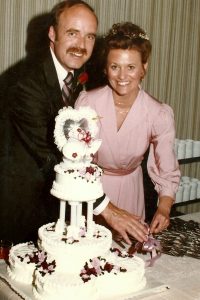 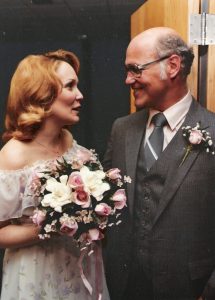