The Call
“See my servant, whom I uphold; my Chosen One, in whom I delight. I have put my Spirit upon him; he will reveal justice to the nations of the world. He will be gentle—he will not shout nor quarrel in the streets. He will not break a bruised reed, nor quench the dimly burning flame. He will see full justice given to all who have been wronged. He won’t be satisfied until truth and righteousness prevail throughout the earth.”

As I sat in the church pew in January, 1992 on the Feast Day of Jesus, I heard the above reading from Isaiah 42 and instinctively believed that God was talking to me. It was so powerful that I looked around me to see if anyone else was impacted. It was like thinking someone is waving at you from the other side of a crowded room and you look around to see if the wave is meant for someone else. No one else looked as stunned as I was so it was definitely my call, one that I would hear many times over the next few Januaries. That experience was to be the first of many profound “spiritual doo-doos” especially in the 1990s.

When the Holy Spirit plucks you out of nowhere and starts inspiring you pretty directly, it’s difficult to ignore! There is no mistaking it! When you are singled out, you feel like you’re the only one called. You and you alone. And there is no mistaking that you have to respond, probably like when Jesus chose his Apostles; or even when He picked the first seven women who were ordained by three Roman Catholic bishops in Austria several years ago; or the Chosen Few among the hundreds of thousands of Catholic clergy sexual abuse victims who are bringing the church to justice today; even Pope Francis who is trying to right the wrongs in the church. The call is inescapable no matter where you are or what you are doing.

That was the beginning of the formation of CITI-Celibacy Is the Issue though I did not know it at the time. The call was real–the blueprint missing.

The Eye Opener
The eye-opening experience that led to the mission was my childhood friend Jeanne who visited me at my Dad’s funeral. in February 1991. I had not seen Jeanne in 40 years so imagine my surprise when her response to my question, “So what does someone our age do around here for excitement?” (I knew she had been divorced). She said, “My life is quite complete. I have been in a relationship with a priest for 13 years.” I was speechless. I had never heard of such a thing!

Jeanne and I reconnected and shared lunch several times over the next few months. My family was going to Maine frequently to clean out and sell our homestead. Since I had recently discovered the shortages in the Roman Catholic priesthood while trying to find a priest to visit my Mom, I was too curious not to ask questions about her relationship with her priest friend. This was all so new to me.

I would later spend many hours at various libraries in Maine and Boston during 1991 and 1992, where I discovered priests in relationships, priests who had married and clergy sexual abuse. While churches were closing in the Midwest, nothing so public was happening on the East Coast. In fact, eleven families in a remote area of Wisconsin had become Episcopalian because their local Catholic church was closed and sold to another denomination. The congregation had been forced to drive great distances to attend Sunday Mass. Regarding clergy sexual abuse, I found a 15-page article that appeared in Vanity Fair in December, 1991 regarding a very public case in New Orleans, where the priest perpetrator had been hidden from the courts for two years because he was a friend of the Catholic District Attorney.

Another powerful “spiritual happening” occurred in 1991 at the funeral of the father of a friend of ours, a few months after that of our parents. The impact of another grieving family so soon after my own parents never occurred to me, else I might not have attended. I cried throughout . When the casket was coming down the church aisle to leave for the cemetery, all of a sudden I felt a loving arm against my back, holding me. I turned left, right and behind. No one had touched me. It was definitely the spirit of some being or Being. I’ll never forget that moment.

Our religion was not a participatory religion. My recollection is that we were never taught theology or the Scriptures, only church rules and regulations. and we were not really spiritually aware as children at such sacraments like Baptism (birth), First Communion (7 years old) and Confirmation at about 13 years old. Even to this day, the Catholic Church prefers we not read the Bible unless an ordained priest is available to provide the church’s “interpretation” as our local congregation was recently told at a winter retreat. It is therefore, not unusual that we as mainstream Catholics would not remember being informed of the Vatican II Synod that took place in the 1960s.

A simplistic summary of Vatican II: Pope John 23rd called the Synod explaining that it was time to “open the windows and let the fresh air in.” Among other major changes that might take place like Mass in the vernacular, it was expected that birth control would now be allowed among practicing Catholics. Most important to those inside the walls was the issue of optional celibacy for priests. The expectation was that priests would now be allowed to marry. Unfortunately, our beloved Pope died while the Synod was in progress. When Pope Paul VI took over, everything changed–and nothing changed regarding these major issues except Mass in the local language.

The twenty years that followed saw a mass exodus of priests, 9 out of 10 to marry. Of those, 40%-45% married nuns. Thus, the beginning of priest shortages in the church. A sociological study conducted in the 1980s with files from diocesan archives is available in the book Full Pews and Empy Altars (Schoenherr and Young, 1993).

In the spring of 1992, someone recommended that I read Shattered Vows by award-winning journalist and married priest David Rice. It was an account of some of the priests who left their clerical status to marry. The book was translated into eight languages and became a bestseller in several European countries with a television documentary to follow. Shattered Vows was blocked from distribution in the U.S. When the U.S. version was finally released, it was abridged, edited to remove pages that implicated the bishops and their harsh treatment of priests who married. (Later when the original unabridged bestseller edition was finally published for the U.S. audience, the Catholic Church bought the U.S. publishing house and the newly-printed books never made it to the retail shelves. One can occasionally find a used copy of the original book on Amazon.com.)

I was particularly drawn to the chapter featuring Carla and Paolo Camellini, a Carmelite priest from Italy. Carla was a church-authenticated visionary like St. Teresa of Avila, founder of the Carmelite order, both having spiritually ecstatic relationships with Jesus. Carla, a widow with two children spent summer vacations in the area where Fr. Paolo happened to be the local pastor. During one of her vacations, she experienced an intercession with Jesus, directing her to tell Paulo that they were to be married, and to form an international association of married priests. (There were over 100,000 married priests worldwide at the time.) Carla was reluctant to approach this priest she hardly knew, but did as she was told. Within two weeks, Paolo was granted a dispensation from Rome from his celibacy vows and they were married.

Ten years later, Carla received a new Divine message that “it was time” to begin the work on a global married priest movement, which became the International Federation of Married Priests, formed by Paolo, Rev. Heinz Jurgen Vogels, then President of the German Married Priest movement and one or two other married priests from various European countries. 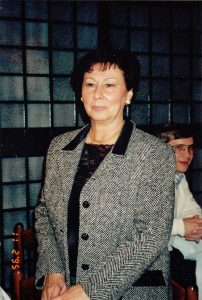 I was profoundly touched by the story of the Camellinis because through my many readings and prayerful moments the previous few months, Teresa of Avila was strongly in my presence and I had no idea why. I contacted Shattered Vows author David Rice in Ireland and said, “I have to meet Paolo and Carla.” His response, “It would be Impossible because they live in a very small remote Italian village and they don’t speak English.” (I would meet them a year later.) St. Teresa of Avila’s presence every day was so strong, I was crushed at the news of being unable to communicate with the Camellinis, but kept wondering, “What does Teresa of Avila have to do with all this?” There was also a lot of “Why ME?” going on too.

Prior to my involvement as a now more informed Catholic, I had also never heard of mystical theologians. The spiritual inspirations during CITI’s foundation especially in 1992 were so frequent at times that I was afraid I was beginning to “lose it.” I would wake up in the morning and say to Dick, “Wow! Do you know what the Holy Spirit said last night?” His response, “Sure.” He thought for sure I had gone off the deep end.

I was finally given the name of mystical theologian Dr. Keith Egan connected with Notre Dame. When I related to him all that was happening, He said, “I believe you. Stop worrying about where the messages are coming from and just do what you’re told.” At that point, I knew that at least I wasn’t nuts, and followed his direction. Dr. Egan also referred me to Sister Vilma at a nearby Carmelite Monastery and suggested that I visit her at some point. However, when I called, she was traveling doing retreats and would not be available until fall.

On October 15, 1992, I was traveling to the western part of Massachusetts doing some sales work. For some reason, Teresa of Avila was taking over my thought process throughout the day. I couldn’t concentrate on my work and couldn’t figure out why. When I returned to our office in Framingham about 6:30 p.m. just prior to going home, I felt compelled to reach Sr. Vilma right away. I called the Monastery and was told, that Sr. Vilma “could not come to the phone right now. This is the Feast Day of St. Teresa of Avila and Sr. Vilma is very busy getting ready for a special service at 7:00 tonight.” I freaked out! I quickly shut out the lights, closed the office door and went home.

A pamphlet was in our mailbox the next day announcing a series of mystical workshops at a Franciscan Monastery in Northern Massachusetts and the first one would be featuring St. Teresa of Avila. Needless to say, I attended. The talk was given by Fr. Kieran Kavanaugh, a Carmelite who had spent his life researching this saint and had written many books on her. Fr. Kavanaugh said, and this was confirmed later by Sr. Vilma, that the main focus of Teresa of Avila and the Carmelite order was to pray for the “priesthood” and for the “preservation of the sacraments.”

On November 3, 1994, Paulo and Carla Camellini wrote me that “one of the last message from Jesus to Carla was to proclaim Santa Teresa D’Avila like Patron Saint of Married Priests mission. As you can see, through to Teresa D’Avila , God joint us to you and you to us.” [sic.]