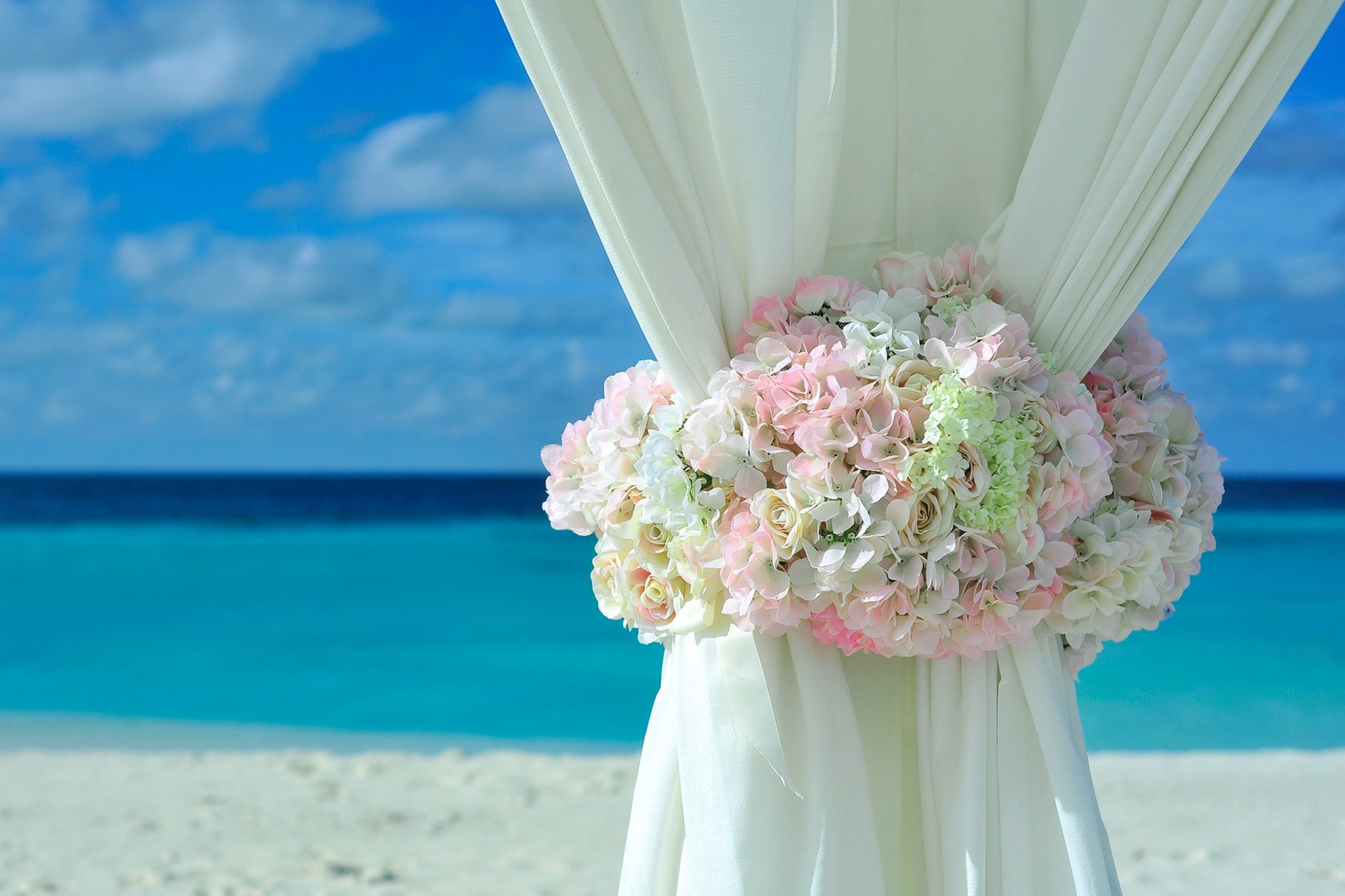 Greetings
It seems most of the country has either been suffering from sweltering heat, wildfires or flooding this summer. I do hope all are safe and well as you navigate vacations and wedding travels. As for me, it has been a summer that included three conferences that were very worthwhile experiences and three family weddings which were wonderful opportunities for joyful reunions…with two more to go!

Due to increased family obligations, Steve Stahley has resigned his position as Treasurer and Director on the CITI Ministries Board of Directors. We thank Steve for his service these past three years and appreciate his positive influence on the board. We are thankful for his continued ministry and wish him and his family well. Board Secretary, Don Horrigan, will take on the role of treasurer in his absence until another treasurer is named. Don has assumed this role in the past so I do not anticipate any problems. We are also very fortunate to have Board Director Mallory Schmitt serving as our Business Manager.

SNAP Conference
Board members Donna Podobinski, Patrick Journet, David Lorenz and myself attended the annual SNAP Conference in Chicago IL. It was emotional and powerful as speaker after speaker pointed to the realities that the clergy sex abuse crisis in the world is unfortunately alive and well. Pope Francis is not addressing the crisis sufficiently. His answer is to create more commissions and he even hand -picked Peter Saunders, an abuse survivor from Britain, to sit on that commission. However, Peter has been outspoken calling for the dismissal last year of Australian Cardinal George Pell over allegations he failed to take action to protect children years ago. Pell became the Vatican’s economic minister and offered a letter of resignation in June. Saunders has also been outspoken about a case of an alleged cover-up of sexual abuse in Chile and threatened to resign from the commission over the Vatican’s handling of that case. In February 2016, Peter invited the Pope to a three-day meeting of the commission, and told The Times it would be ‘outrageous if he didn’t attend’. That same week the Vatican said it was decided at a commission meeting that Saunders would take a leave of absence. During the SNAP conference the list of examples of abuse still taking place was daunting yet nothing changes. My view is that the press is too in love with Pope Francis to persist in reporting these truths. Please rent the movie Spotlight or find it on Netflix if you have not yet had the opportunity to see it.

While in Chicago my husband and I had the opportunity to meet with CITI priests Jeff Long, Dennis Condon, and his wife Magdelena. I appreciate them taking the time to visit with us. We had a good discussion and touched on the mission of CITI and how or if we can grow the organization. Regarding advertisement we discussed the possibility of listing CITI Ministries as an organization on The Knot. Many of you are listed with that company personally but perhaps this would increase our visibility.

ICCC CONFERENCE
CITI Board Directors Don Horrigan and Charlie Schmitt attended the four day ICCC Conference in Louisville, KY and I was with them for two days. We were delighted to participate in the worship services, workshops, and mealtimes with a wonderful group of diverse people. The conference came on the heels of the Louisiana and Minnesota cases of black men killed by police officers and the ensuing attacks on police officers in Dallas, Texas. It is clear, at this time in our history, that all of our Christian communities across the country need to participate in a healthy, civil dialogue to increase our understanding of one another and the message of Jesus in order to create a peaceful and loving coexistence. We met folks from Christian churches in the Baltimore and DC areas and we hope to work with them to build community and learn from one another.

FCM Assembly
As a participant in the Federation of Christian Ministries Assembly in Cleveland OH, I was honored to have the privilege of listening to keynote speakers, Bishop John Shelby Spong, Marianne Duddy-Burke, and Rev. John C. Dorhauer. I have never been more challenged in my life by their words. I became an FCM commissioned minister at the assembly and I am scheduled to witness my first marriage ceremony on September 10th! I appreciated the inclusiveness and openness of the group and had the opportunity to meet with two CITI priests, Richard Young and Jim Hushek. During the presentation given by Marianne Duddy- Burke she expressed all of the ways in which FCM ministered to the community. I felt like I could have been saying all of those things about our CITI ministers as well. The big difference: They are a community. They know each other, support each other and have a sense of being a team. I see CITI Ministries as a referral organization and it could be so much more.

CORPUS: Attention Mid-Atlantic Region CITI members!
Many of the local members of CITI will be attending the CORPUS Conference the weekend of September 23-24 at the Claggett Retreat Center in Adamstown, MD. At this point, the plan is for CITI priests and their wives to get together after the Sunday morning Liturgy. Speakers include Author, Gabriel Moran; Editor-at-large for NCR, Tom Roberts; Co-Founder and
Co-director of Feminism and Religion, Gina Messina-Dysert; and Former Executive Director of Women’s Ordination Conference, Andrea Johnson. Click on this link for more conference information.
http://corpus.org/index.php/conferences/21-2016-beyond-compassion-to-action

TELECON : Marrried Priest Issue: On Friday, Aug. 20th a group telecon was held for representatives of the following groups: Association of U.S. Catholic Priests, CITI Ministries, CORPUS, FCM and Good Shepherd Community/Married Priests Now. The discussion was started in response to the bishop of Brazil asking Pope Francis to consider allowing married priests to serve in the church. Pope Francis requested a proposal to formally consider the matter and so it begins. 50 plus years after Vatican II, a conversation may get started. While these groups have the issue of a married priesthood in common, there are many differences among us. The discussion will continue at the CORPUS Conference in Maryland. As noted above, several CITI representatives will be in attendance. My question to CITI members is this: In your view, should the priority of CITI Ministries be to work with these groups to try to make a married priesthood a reality within the Roman Catholic Church? My guess is that even if married priests are welcomed, some of their ministries will not be. Should CITI collaborate with some of these groups so we may help each other in our ministry to serve those whose needs are not being met by the church? Please email your responses to me or to the ‘citi-l’ list so we can get an idea of where our community is on this matter. Thank you.

CTA
The Call To Action Conference will take place at the Albuquerque Marriott in New Mexico the weekend of November 11-13. The keynote speaker is Fr. Richard Rohr ofm, founder of the Center for Contemplation in Albuquerque , and a globally recognized ecumenical teacher and author. If you plan to attend please let me know and I will pass that on to our membership so you will be aware of other CITI priests at the conference. I think it is important for us to take advantage of any opportunities we have to meet each another and engage in conversation. http://cta-usa.org/conference-2016/#

MID ATLANTIC REGIONAL GET TOGETHER
If you live in this region and are interested in attending a gathering, please contact Charlie Schmitt at 410-206-6080 or email at charlie@fracharles.com with any thoughts, recommendations, opinions or ideas.

Affirming our Faith, Affirming Our Future.

The CITI Ministries Board of Directors thanks you for your prayers and support!