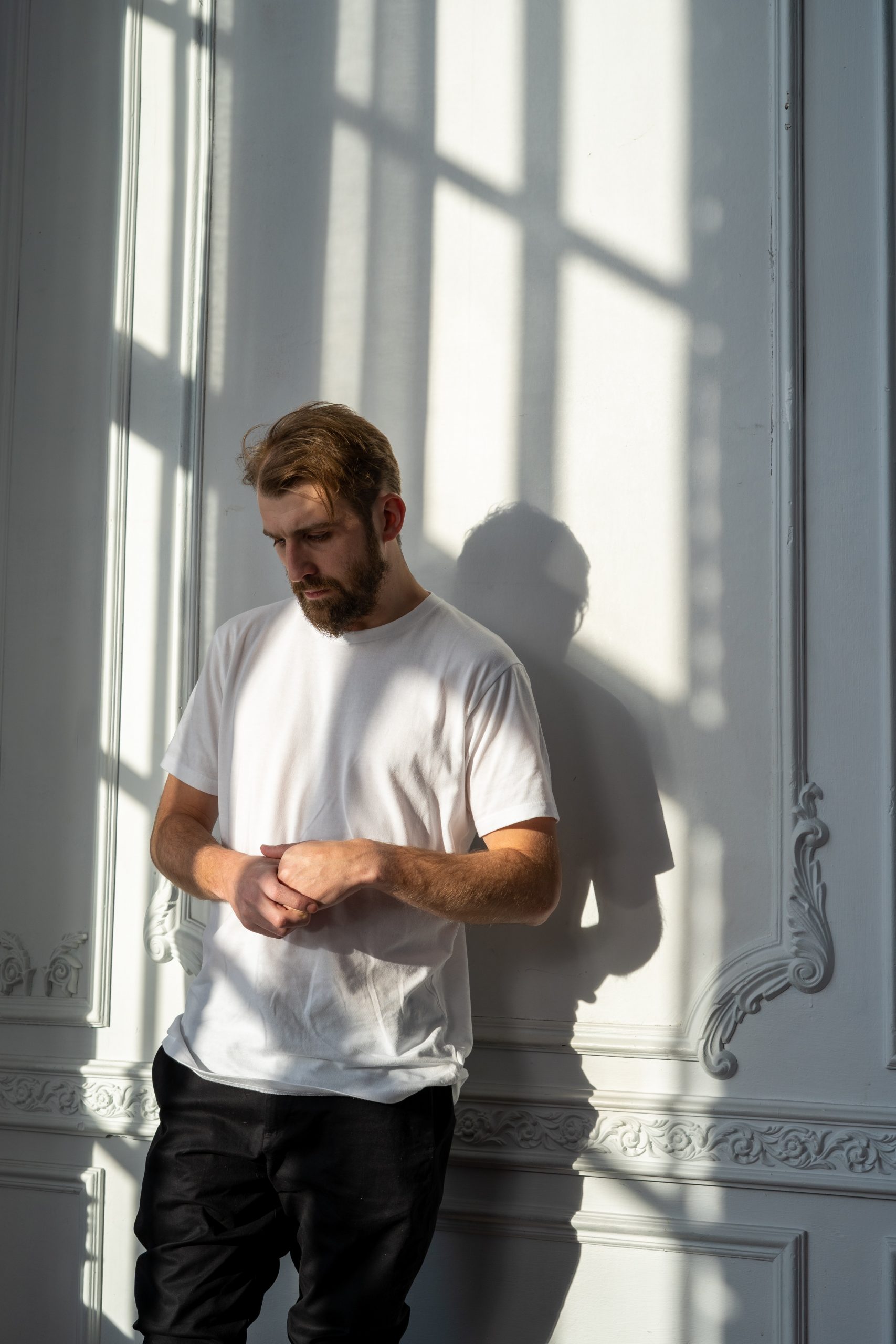 As men and women of faith, many of us having generously answered “Yes’ to the call to live the Gospel and to witness to the “Faith of our Fathers,” we find the news coming out of Pennsylvania disturbing and heartbreaking.

Especially upsetting are the subsequent feeble attempts by the hierarchy to offer lip service clearly as an effort to exercise damage control. Unfortunately, the damage has already been done and even the most zealous Catholics are left with doubt and serious reservations about the Church’s sincerity and firm purpose of amendment to protect its children from predatory clergy. It is difficult to believe that honesty and transparency will be forthcoming from those who enabled the predators while keeping their activities and wrongdoing a secret.

What follows is the statement that comes from the Roman Catholic Womenpriests and a response and an editorial by our own CITI priest Steve Stahley. We hope their words will stimulate thought and discussion among the members of our CITI family and, by extension, to those we serve who undoubtedly feel anger and betrayal by an Institution they once trusted and loved. Let this be the beginning of our own continuing discussion.

We, the undersigned international circle of Bishops representing the Roman Catholic WomenPriests movement, state the following:

· We thank the Pennsylvania State’s Attorney for doing the work the Roman Catholic Bishops have failed to do and for disclosing the criminal conduct of hundreds of Roman Catholic priests and an estimated thousand child victims.

· We believe the structure of priesthood in the Roman Catholic Church is bankrupt and corrupt and must be completely restructured.

– We call upon the U.S. Bishops to tender their resignations as Bishops subject to the acceptance or rejection of Pope Francis.

· We call upon Pope Francis to establish a lay led ecumenical council to explore new structures for church leadership and church order, including:

We are aware that this sexual abuse crisis is a worldwide crisis, occurring on every continent where the Roman Catholic Church has a presence. This crisis dramatically affects all of God’s people. Healing and renewal in the Roman Catholic Church can only begin after a serious accounting of its hierarchy. A recall of the current, collective leadership and a non-hierarchical restructuring of the Church is imperative in order to heal the grave wounds to the body of Christ and move the Church into the 21st century.

Many thanks for sharing with us the Bishops Response letter of the Roman Catholic Women Priests pertaining to the recent report of the Pennsylvania Attorney General with regard to the priest sex abuse scandal. The RCWP Bishops’ letter of August 26th was stunning in its clarity, passionate in its demands, precise in its prescriptions, and right on time. In the toxic miasma that has settled over the institutional Roman Catholic Church in the wake of the Pennsylvania report and the still unfolding horror of the revelations of the criminal career of Washington’s former Cardinal Archbishop McCarrick, the letter from the RCWP Bishops arrived like a badly needed dose of pure oxygen. It gives me renewed strength every time I read it.

Allow me also to express my thanks for the ongoing witness of the Living Waters Community in Maryland. Your ministry has been a sustaining force and a true example of how Church is lived and celebrated in these times when an authentic expression of the Catholic faith is more necessary than ever.

For the past fifteen years, I have been a member of CITI Ministries (Celibacy is the Issue), a group of resigned, married Catholic priests. Our local branch of CITI Ministries met with a group of RCWP several years ago at St. John’s Grace UCC Church in Catonsville. We shared a meal and then shared our life experiences. My memories of that day are filled with warmth and gratitude. There was a great sense of collegiality, common purpose, and joy. Other than the pleasure of each others’ company and the promise to meet again, I don’t recall any action steps emerging from that memorable day.

Perhaps the signs of the times are inviting us to reconvene and imagine a new way forward. I have no suggestions for what an agenda might be. The only thing of which I am certain is that it must be women who lead the way. In my opinion, who could better serve in that capacity than the RCWP Bishops? As a recent editorial in the Boston Globe stated: Time’s up for the Catholic hierarchy to address the internal problems of the Catholic Church. Morally bankrupt, administratively inept, and hamstrung by centuries of clericalism, the male leadership of the Church has no way forward.

I know that we’re all busy and that nobody is getting any younger. And we don’t need a lot more on our plates but the scope and scale of the current crisis is clearly leaving large portions of the Catholic faithful deeply disillusioned and the bone deep sense of betrayal is massive (and expanding). I’m not sure what the next steps should be but perhaps we should give them some thought.

Although I’ve retired from full time employment, I have the need to work part time to meet our family obligations and pay the bills. In terms of ministry, I am one of several priests (women and men, straight and gay, married and unmarried) who celebrate the liturgy for the Dignity Community of Washington. I perform weddings and funerals as requested. Alone, there’s not much I can do to address the crisis. In collaboration with other ordained ministers of the Gospel and others of good will, however, there are no limits to what can be accomplished.

Thank you again for all you’ve done and continue to do. The need to write this response has been welling up inside me over the last few weeks, so I thank you for your willingness to read these words.

Trusting in God’s providence and rejoicing in the common call we have received, I send you peace, prayers, and endless thanks.

In the celebrated words of Kris Kristofferson, “Freedom’s just another word for nothing left to lose.” By that eloquent standard, few people are as free as the Catholic bishops of the United States, who come together this week in Baltimore for their annual meeting.

In the aftermath of the recent revelations of clergy sex abuse by the attorney general of Pennsylvania and in anticipation of similar disclosures by attorneys general across the country, the bishops find themselves liberated to speak the truth about the moral catastrophe that has overtaken them. A catastrophe, it must be noted, that is largely of their own making.

What they won’t do, however, is anything substantive about it. On Monday, as the meeting began, the Vatican directed the bishops to delay voting on key accountability measures. And, at the same time, the Vatican’s ambassador to the United States made the point that reformation was up to the church, not outside investigators.

This is hardly shocking to anyone who’s followed the scandal. Indeed, it’s questionable whether the bishops really would have seized the opportunity to acknowledge the obvious even if their meeting hadn’t been reined in.

Long before the clergy sex abuse scandal erupted in Boston in 2002 — a sordid stew of rampant pedophilia and hierarchical cover up — the American bishops were well practiced at circling the wagons and marshaling their resources to protect the reputation of the church. As far back as 1985, when the first stories broke about priestly sex abuse in Lafayette, La., the priority of the bishops was the protection of the institution instead of responding to the victims, having the predators prosecuted or addressing the systemic problems in the church that fostered the culture of secrecy, clerical privilege and sexual deviance.

The admirable press coverage of the Lafayette scandal by the independent Catholic newsweekly, The National Catholic Reporter, was a clarion call that went unheeded by the Catholic hierarchy. Thirty-three years have passed since the initial eruption in Louisiana. A feature film about the Boston scandals of 2002, “Spotlight,” won Best Picture at the 2016 Academy Awards. The former Cardinal Archbishop of Washington, D.C., Theodore McCarrick, has been exposed as a pedophile who also preyed on Catholic seminarians and young priests. And from the Vatican downward through the chain of command, the best we can hope for is the establishment of another committee to look into the matter.

If the American bishops have anything left to lose in terms of credibility, moral authority or integrity, I would love to know what it is.

When I resigned from the active priesthood to marry in 1988, celibacy was only one of the reasons that factored into my decision. The steadfast refusal of church leadership to come to grips with the mounting crisis of clerical sexual abuse was by that point becoming ever more apparent. Additionally, the steadfast refusal of the Vatican to admit women to the priesthood or to consider the ordination of married men continued to put enormous pressure on ordinary parish priests who were doing everything possible to keep up with the pastoral demands being placed upon them. I knew that firsthand from my days as a priest pastor in inner city Cleveland.

Fifteen years after my departure from the active priesthood I was summoned back to priestly service by my large, extended Irish Catholic family in Philadelphia. By that time, I was a married man, the father of two young children and an employee of the Montgomery County Government working in Rockville. At first, my cousins wanted me to officiate at their weddings. Then came the request to conduct funerals for my uncles and aunts. Requests for other pastoral services continued to multiply. My situation is hardly unique.

Along with my fellow married priests in Maryland and in company with a growing community of Roman Catholic Women Priests, I find myself — in my mid-60s and a retired public servant — ever busier these days as the institutional Catholic Church works ever harder to drive people away. The deeply rooted yearning among many Catholics for worship and sacrament and community has never diminished; if anything, those powerful spiritual needs have intensified through this rolling crisis of clerical sex abuse that seems to have no end.

Whether or not we have reached an inflection point in the history of the Catholic Church remains to be seen. What is unmistakable, however, is the deepening sense of disillusionment and betrayal that has overtaken vast numbers of ordinary Catholics.

We hope this will be the first of many Special Editions on this subject. We would love your input on this. Please feel free to forward your thoughts to mallory@citiministries.org for inclusion in future issues.