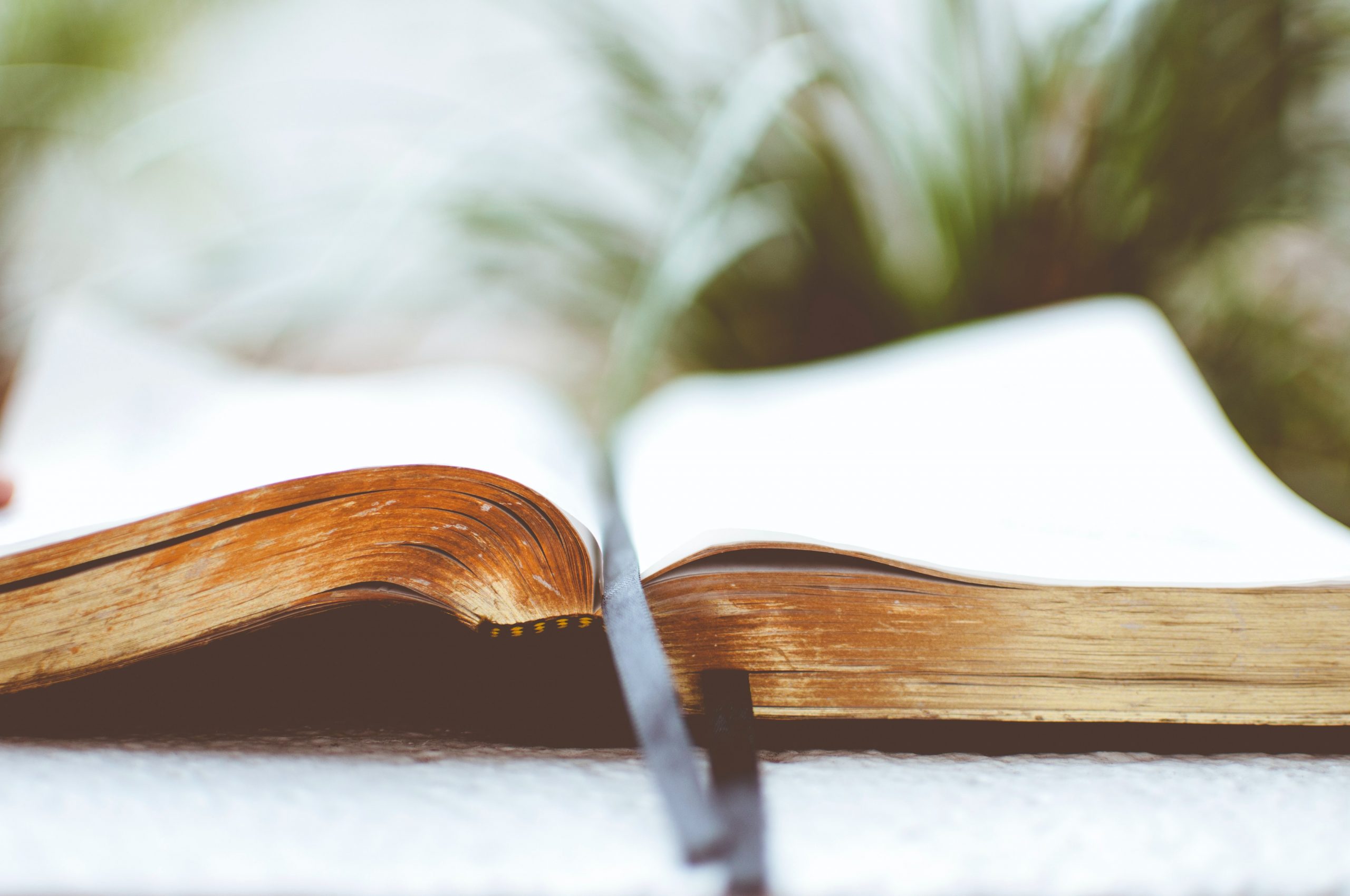 Love in the time of Coronavirus

Thought for the Day – “Where there is great love, there are always miracles.”– Willa Cather

CITI Networks with New Ways Ministry Board Members and Friends

On Sunday afternoon January 24, CITI Board Members Mallory and Charlie Schmitt and Don and Pat Horrigan attended a Midwinter Party at the New Ways Ministry headquarters in Mount Rainier, Maryland, just a few blocks east of the Washington, DC line.  At the gathering we met and networked with many New Ways Ministry Board members including Sister Jeannine Gramick, the co-founder, Francis Bernardo, Executive Director, and Fr. Peter Daly, a well known DC Archdiocesan priest and NCR columnist.

Over drinks and an abundant buffet we interacted with a full range of local Catholic activists who represent and support the local Catholic LGBTQ community including representatives from six organized LGBTQ+ Catholic groups: Always God’s Children, a ministry at the Cathedral of St. Matthew the Apostle; CUAllies, an independent student organization; Dignity/Washington, which celebrates at St. Margaret’s Episcopal Church; LGBTQIA+ at Holy Trinity, a new ministry at Holy Trinity Catholic Church; the Ministry with Gay and Lesbian Persons, a ministry at St. Rose of Lima Catholic Parish.  We met Anthony P. Bucci III, Parish Pastoral Council, Vice-chair at the Cathedral of St. Matthew the Apostle and leader of the Always God’s Children Ministry at the Cathedral. He was actively networking to finalize support for a letter to Archbishop Wilton Gregory requesting a “Listening Session” with the Archbishop to address the concerns of the Archdiocesan LGBTQ+ community. The CITI Board will join the groups supporting this letter.

Founded in 1976 by Father Robert Nugent, SDS, and Sister Jeannine Gramick, SSND, New Ways Ministry is perhaps the oldest global Catholic ministry devoted to doing ministry with the gay and lesbian community.   As stated on its website (https://www.newwaysministry.org/):

“New Ways Ministry educates and advocates for justice and equality for lesbian, gay, bisexual, and transgender (LGBT) Catholics, and reconciliation within the larger church and civil communities.

Through research, publication and education about sexual orientation and gender identity, we foster dialogue among groups and individuals, identify and combat personal and structural homophobia and transphobia, work for changes in attitudes and promote the acceptance of LGBT people as full and equal members of church and society.

New Ways Ministry is a member of Equally Blessed, a coalition of faithful Catholics who support full equality for LGBT people both in the Church and in civil society.”

For the past 20 years, several Dignity Chapters have enjoyed a relationship with CITI Ministries (CITI stands for Celibacy is the Issue), providing married or resigned priests to serve as presiders. CITI priests serve (or have served) in Washington, DC, Northern Virginia, Pittsburgh and various Pennsylvania Chapters.

Through my connection with one of my fellow married priests in Maryland, I became aware of the existence and vitality of the Dignity chapter in Washington DC. I well remember the day in early 2010, at one of the quarterly gatherings of the Maryland branch of CITI at our favorite diner in the Baltimore area, that he informed us that he was one of the mass celebrants for the Dignity community in Washington, DC.

The news caught me by surprise. I wasn’t aware that Dignity was still in existence. Following the letter from the Vatican in the late 1980s which declared that homosexuality to be a condition that was “intrinsically disordered” and the subsequent rush by American bishops to disinvite Dignity chapters from parishes across the country, I just assumed that Dignity had been put out of business by an aggressive Catholic hierarchy kissing up to Vatican homophobia.   It was in the late 1980s that I was moving through my own crisis and taking steps to depart from the institutional Catholic priesthood and the religious community with which I had been affiliated for almost twenty years. The wrongheaded and spiteful declaration from the Vatican about homosexuality and the shameful purge underway by the bishops was yet one more reason confirming my decision to leave the clerical priesthood behind.

“More than exists,” he said, “it’s thriving. Come and see.”  And so my wife and I made the trip down to DC to check it out.

By 2010, I had been a member of CITI Ministries (Celibacy Is The Issue) for seven years, What had started as a summons from my large, extended Irish Catholic family in Philadelphia to perform weddings and conduct funeral services had grown into an ever-expanding ministry to the legions of alienated Catholics who were finding their way to CITI Ministries in an attempt to maintain some kind of connection with their Catholicism.  In truth, it was the rapidly expanding number of wedding requests that caused the married priests in Maryland who were CITI members to find each other. By necessity, we had started to rely on each other for backup and as a referral network. We were all being overwhelmed with wedding requests. And the network we formed quickly grew into friendships and the momentum just continued to build over the years.

That my connection to Dignity emerged from my participation in CITI Ministries feels like the most natural and organic of developments. Starting with my family, then through the couples in the region who located me for weddings (and increasingly for funerals), and then to Dignity DC, the entire process was a summons to resume the priestly ministry to which I felt a call from the time I was a grade-schooler in Philadelphia. And the summons just kept getting more explicit.

As the institutional Catholic Church grows ever more deeply mired in the scandal of clergy sexual abuse, as the exclusion of women from participation in the priesthood continues to alienate greater numbers of women (as well as men), and as the Church’s retrograde stance on issues related to the LGBTQ community shows no sign of abatement the steady exodus of lifelong Catholics continues unabated. And forget about attracting the young. The millennial generation has seen enough hypocrisy on the part of Catholicism to last a lifetime. And they are not a generation lacking in passion or commitment to causes and communities that they find authentic and inclusive.

And yet the gravitational pull of the Catholic tradition—the beauty of the sacraments, the energetic power of the Eucharistic liturgy, and the many comforting rites of the faith still hold such deep power and meaning for those who were raised with some connection to the Church or found their way to it in other ways. The profound need for priestly ministry that summoned CITI into existence has only grown stronger over the years.

In late November of 2010 when I celebrated my first mass for Dignity DC, it was the first time in 24 years that I had donned the vestments and pronounced the words of the liturgy. The experience, with my wife and family in attendance, was more profoundly moving than my first mass as a newly ordained priest in 1978.  It was a sensation of homecoming unlike any I had ever experienced.

Dignity DC, after being dismissed from Georgetown University by order of then Washington Cardinal Hickey in 1987, formed a candlelight procession following their final mass at the Georgetown University Chapel. They journeyed on foot from Georgetown to DuPont Circle and into the space they rented from St. Margaret’s Episcopal Church on Connecticut Avenue.  By the time I showed up, the Dignity community was well established, vigorous, and bursting with more ministries than I could count. I became one of over a dozen priests—some gay, some straight, some married, some not married—who had the privilege of serving as a liturgical presider. I quickly realized that I had found my way to one of the most active and best staffed Catholic parishes on the East Coast.

By their continued presence, through the remarkable community they have established, Dignity DC proclaims—without even having to use words—this simple truth: Nobody is telling us we aren’t Catholic. And from their faith and courage and limitless generosity, they reveal to the world what it means to follow Christ Jesus and to celebrate His presence alive in the world today.